In the last two decades, the three weekends of the men’s basketball tournament, from mid-March to early April, have consumed the consciousness of Americans like no other event. What at one time was just a simple “basketball tournament” has ridden a wave of reality-themed media explosion in the United States, and has now become a three-week-long saga, full of the kinds of stories that Americans like most.

The tournament is uniquely an American event. What’s “American” about it?

First, we are the only nation in the world that combines higher education and competitive—and, at times, commercialized—athletics. Thus, ask a passerby from outside the U.S. about their “bracket,” and you will likely get a blank stare.

Speaking of the bracket, before Americans had Facebook, Twitter, and Instagram, the tournament bracket was the forerunner of the social network. Prior to moving online, Americans would print dozens of paper copies of the tournament pairings, which then became known as the “bracket” and enter office pools, family pools, and just about any other group of like-minded, or like interested people.

Social networks are merely “communities of interest” and this basketball tournament binds people of all types together. For a few weeks, those who have little else in common find interest in basketball and come together around the outcome of games, often for which they have little understanding of who is even playing.

A Stage for the Underdog

The Tournament is uniquely American because it mixes-aristocratic basketball programs like Duke, Kentucky, and Indiana, with upstarts like Middle Tennessee State, Mercer, and George Mason. Schools play their way into the tournament, often referred to as the “Big Dance,” for that one shot at glory, to pull the upset on an established power. When one of those lesser-known schools, which get a double-digit seed, advances into the second weekend of play, the media tags each as a “Cinderella Story. Americans are drawn to the story of a dream becoming a reality, and over the three weeks of the basketball tournament there is the chance that it could happen again.

The American story is the underdog story, and we pull for the “Little Guy.” Whether it’s “Rags to Riches” or “Horatio Alger,” we cheer for those underdogs largely because we see a piece of our own story in those teams. The tournament is a reflection of the American psyche.

The tournament is also American because, due to the overwhelming interest and attention, someone has converted that enthusiasm into money. Media networks pay more than  $10 billion for the rights to telecast the event, collecting over $1 billion annually in revenues. In 2016, the city of Houston has projected more than $300 million in economic impact related to its hosting the national semifinals and finals in April.

The tournament has found a window of opportunity in the American sports calendar, just after the NFL season has ended, and just before Major League Baseball has begun. With its themes of inclusion, equality, and competition, along with a dream of that “One Shining Moment” opportunity, it has become another way in which Americans express ourselves to the world, through sports. 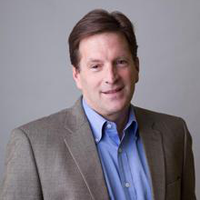 — Marty Conway worked for 13 years in Major League Baseball and teaches Sports Leadership and Management. You can follow him on Twitter at @martyconway.