Marriott-Starwood: Marrying the Great Executor with the Great Innovator

As disruption becomes the norm, we need the notion of assembly now more than ever to innovate solutions that make the hospitality business relevant in the world of tomorrow. Clearly, this is one of the reasons why Marriott International would dish out $13 billon to acquire the smaller, more agile Starwood Hotels & Resorts.

Marriott has long earned a reputation as the great executor of the hotel business. Their high standards for operations and efficiency have led to an expansive portfolio and the luring eyes of investors. Starwood, on the other hand, has led the branding and innovation forefront since its inception. Long the envy of the hospitality world, Starwood is known for achievements like Westin’s Heavenly Bed and for founding the trendsetting boutique chain, W Hotels, among others.

In the industry’s quest for consolidation and growth, this merger marries the great executor with the great innovator in an attempt to unite the best of both worlds and to create the world’s largest hotel company.

Wanting to Be a Part of It 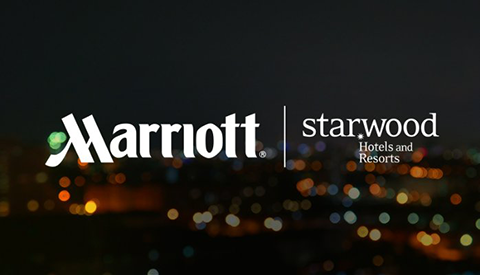 When I joined Starwood’s corporate offices over a decade ago, the company was already riding high on a wave of ingenuity. Just like Marriott, I yearned to be a part of such a phenomenon, which is why I waited patiently for a call from Scott Williams—former SVP of the Creative Services Group—to become part of the team that was reinventing Sheraton’s guest experience. Back in those days, the notion of a “guest experience” was a relatively new idea—and Starwood was already advancing on it.

The inventors in this ensemble were not always life-long hoteliers. Many came from other industries and backgrounds, united in the passion of doing things differently on a quest to make their clients—the guests—happy. Meetings and discussions were open. Groups were diverse. Everyone from SVPs to Housekeepers were playing a part. And these great ideas and world-class brands came from an ever-present struggle that is the hallmark of innovation and of creative thinking.

Next Steps: Instilling Imagination at All Levels

At the close of the now-renowned Marriott-Starwood merger, I am keen to further proclaim that Washington, D.C., is the world capital of the global hospitality business, making the District and its environs home to the central dialog that will define the future of this industry.

Consolidation is the name of the game as the hotel business bulks up and combats the emerging change agents of the travel world—namely, online travel agencies like Expedia, and sharing economy giants such as Airbnb, which siphon away profits like a firehose.

My time at Starwood was quite turbulent, not necessarily because of the changes that were brought about in many businesses during the Great Recession, but moreover because Starwood had innovation in its DNA. And turbulence is an essential part of creation.

Marriott International is facing some tremendous challenges, and the eyes of the hospitality industry are watching. Marriott must harness the fervor and energy that Starwood had, coupling it with their prowess for execution. They must let creativity sometimes run contrary to operational logic in order to find the next big thing.

Much like my experience, smooth isn’t always best. But the real work lies within human capital: building a team of innovation that seeps throughout the company, not just in the brand and design departments at the corporate level. Like Starwood, the inventors are often energetic and enthusiastic hoteliers at the properties who are just as eager to reinvent the standards. Innovation is a cultural phenomenon, and in such a massive company, it cannot happen in box; rather, new ideas must be supported and born in a company of pervasive and inescapable imagination.

Cultivate the technical foundations of the industry while developing essential leadership and management skills. Gray Shealy teaches in the master’s in Global Hospitality Leadership program at Georgetown University and is the former Global Design Director of W Hotels at Starwood.