Andrea Mayer is the Academic Director of the National Security & Intelligence, Law, and American Politics Academies. 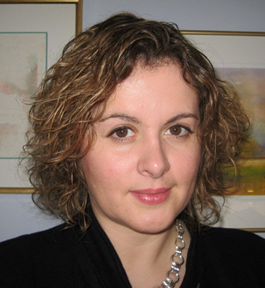 Andrea Mayer currently serves as the Director of Illinois in Washington, the Washington, DC academic program for the University of Illinois, and teaches a variety of political science courses. She is also the Academic Director for Georgetown University’s summer programs offered through the School of Continuing Studies –the National Security and Intelligence Academy, Law I Academy, Law II Academy and American Politics Academy. Since 2011, she has taught a number of undergraduate courses at Georgetown University and several other universities and programs in Washington, DC, and Colorado.   Prior to her work in academia, Dr. Mayer served as a trial attorney for nine years representing the federal government in several capacities, including Special Assistant U.S. Attorney, receivership counsel and agency counsel. Her work focused on employment law, fraud, venture capital and investment law, regulatory enforcement and governmental privileges. In addition, she worked as part of the legal staff of the U.S. Bankruptcy Review Commission and the U.S. Sentencing Commission.   Dr. Mayer received her J.D. from George Washington University and her Ph.D. in Government from Georgetown University, after completing Ph.D. coursework at Georgetown and Harvard Universities. Her research and teaching interests center on the intersection between constitutional law, political behavior and social change.