In the early nineteen hundreds, a young civil engineer was asked by his boss why he had performed a task in a certain way. “I thought,” the engineer began to respond before the older man cut him off: “Young man, we don’t pay you to think,” the boss said.

This story illustrates what employers thought of “labor”—even highly skilled labor—a century ago.

Organizations have come a long way since then. They’ve long moved beyond theories, popular in that engineer’s day, that viewed employees as, at best, cogs in a well-oiled machine. But it’s not just a matter of renouncing this mechanistic view of labor in favor of a more humanistic one. Today global competition, spurred by relentless technological change, has put a premium on both “talent” and the work of professionals charged with hiring and developing that talent. We’re now nearing a kind of Golden Age in human resources management, experts say, with the job becoming increasingly critical to an organization’s strategic mission.

“A fundamental difference is that, years ago, the people in these organizations were thought of as a cost,” said Dr. Ronald Morgan, Faculty Director of the Master's in Human Resources Management (HRM) program at Georgetown University. “Today, many organizations recognize the workforce as a valued asset—an asset that if managed well will grow in value and be a source of competitive advantage.”

HR professionals were once largely concerned with complying with various regulations—a position sure to put them on the periphery of most organizations. Today, however, they have access to an abundance of data on everything from labor markets to work processes, and are regularly called upon to put this knowledge to work.

“Ground your analyses on facts. The data is plentiful. Don’t turn an assumption into and assertion without the supporting facts,” John Gill, head of Human Resources at the U.S. Department of Health and Human Services, tells his students in his “Strategic Thinking in HR” class at Georgetown.

In Gill’s class, students grapple with real-life personnel problems, such as how to accelerate the training of early career professionals at Saudi Aramco, the world’s largest oil company.

“In the end, it’s strategic, but it’s pragmatic too,” Gill said.

There’s a good reason why management experts study firms like Southwest Airlines and Google, which have high worker satisfaction. These businesses are profitable in large part because of their employee engagement and the work HR professionals have done to ensure this engagement occurs.

Kitmacher and his FDIC colleagues took those words to heart 10 years ago, when the Partnership for Public Service ranked the bureau 26th out of 30 large federal agencies in employee satisfaction. FDIC officials vowed to improve. They focused on and researched top businesses (yes, Southwest and Google), formed a “Culture-Change Council,” collaborated with the union, and developed performance appraisals that emphasized employee engagement.

Their efforts paid off. By 2010, FDIC had moved to third on the list, and it was first the following year, a position it has maintained ever since. (Now it’s listed as the top mid-sized agency.)

Given stories like this and studies showing that job satisfaction strongly impacts a company’s bottom line, one might expect that all organizations would eagerly embrace an expanded HR role, but Kitmacher estimates that only about half have made this transition.

“As long as I’ve been in HR, we’ve battled for a seat at the table,” Kitmacher said. 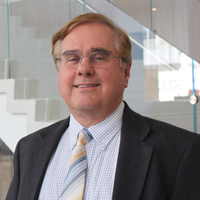 Yet it’s a battle that HR executives are poised to win, if only because the global competition is only going to get fiercer, and their winning is in the organization’s financial interest. Thus, when Morgan looks at that 50/50 split among companies, he sees a glass half full and a future that looks promising.

“There has never been a better time to become an HR professional,” Morgan said. “In the past, HR was principally an administrative function. However, as HR professionals develop a strategic mindset, and possess the knowledge and skills needed to shape an organization’s workforce, they become key players in charting the organization’s path. This translates into impact, access to leadership, and stature.”