Osher Reentry Scholar Kilmeny Chernys would like to work for the federal government or an NGO.

Kilmeny Chernys and Melissa Harris haven’t met one another, but they have a lot in common. Both live in Northern Virginia, are married, and have children in high school and college. For much of the past two decades, they’ve spent countless hours helping others, and now they want to continue that service by pursuing jobs in the public or nonprofit sector.

But they both lack the college degrees they need to advance, so they are working toward their Bachelor of Arts in Liberal Studies degree at Georgetown University’s School of Continuing Studies. And because both are excellent students and have financial need, they have each been awarded $5,000 Osher Reentry Scholarships made possible by the Bernard Osher Foundation.

This year, the Foundation made a momentous decision that ensures students like Chernys and Harris will be able to pursue their dreams for years to come. It announced in April that the bachelor's program, which had received $50,000 pilot grants for three successive years, would be allocated $1 million to endow the scholarship program.

“I’m very excited,” said Bachelor of Arts Associate Dean Vincent Kiernan. “College affordability is one of the burning issues of our time, and we’re pleased as an institution to make this program more affordable to students who really need access to higher education.”

“It’s enabled me to take two—or sometimes three—classes a semester,” she said. “It’s a big help, and I’m very grateful.”

Over the past decade, Chernys has held one national and several regional jobs with Hadassah, the Jewish women’s religious and service organization. She would like to use that experience, as well as her interest in public affairs, to pursue a position as an intelligence analyst within either the federal government or a non-governmental organization (NGO).

For Nontraditional Students with Financial Need 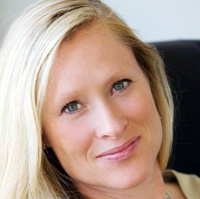 To date, 22 Osher Reentry Scholarships have been awarded. Most are for the maximum $5,000, but smaller amounts may be given if a student is taking less than a full load of classes. To qualify, students must demonstrate financial need and:

Harris has worked in publishing for several years and was the founder of Foodshed magazine, which featured community-based food programs and advocated for broader access to healthy food. After graduating from Georgetown, she plans to pursue a law degree and work in international human rights.

“I like where I’m going, though I don’t know exactly where I’ll be going next,” Harris said. “But I know the journey will be magnificent.”